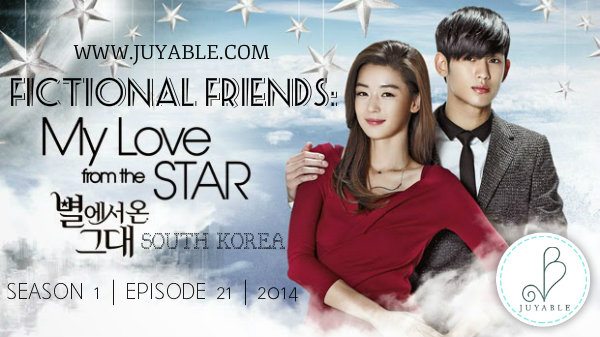 Yes I am 2 years late but still, I watched it. When it was aired by GMA 7 in the Philippines, I was in graveyard shift plus I don’t have a television in my condo. (lame excuses) Thankfully, I saw a Facebook page that has compilation of old Korean TV series.
My Love from the Star is  is a South Korean television series about an alien who landed on Earth in the Joseon Dynasty and, 400 years later, falls in love with a top actress in the modern era starring Kim Soo-hyun and Jun Ji-hyun. We all know Jun Ji-hyun from the hit Korean movies My Sassy Girl and Windstruck. It is rarely that Ji-hyun accepts TV series for she was focused on her Holywood dream and modeling career. It is a breathe of fresh air to see her again on-screen doing a romantic-comedy series.
Fun fact: One of the reasons why I am into KPop/Hallyu is because of Jun Ji-hyun. I looked up to her since 2004.
For those who haven’t watched, you may skip this par as l try to summarize it:

The show revolves around the main character Cheon Song-yi, a Hallyu top actress who fell in love with her alien neighbor and professor, Do Min-joon. Do-Min-joon landed on Earth during the Joseon dynasty. He possesses various powers such as teleportation, pausing time, telekinesis, bionic ears, electromagnetic field and random vision of the future. He saved a poor 16 year old widow girl’s life once, he missed his flight back to his planet, she fell in love with the widow girl but then she died soon after. Do Min-joon can’t do anything but to wait for the next flight back home. While patiently waiting, he spent his 400 years living different lives and professions under different names. Fast forward to 2002. Do-Min-joon had a vision of a girl who looks like the widow girl 400 years ago being hit by a truck. He saved the girl’s life using his powers not knowing someone witnessed it. Came 2014, their paths crossed again. Cheon-Song-yi became an in-demand Hallyu star who went back to school for publicity stunt where she met his alien professor and neighbor Do Min-joon. Do Min-joon was unaware of Cheon Song-yi’s celebrity status, acted mean to her but always there when she gets in trouble. Cheon Song-yi’s was surprised by Do Min-joon’s odd treatment since she is used to having the VIP treatment because she is a celebrity. Little did she know, she was slowly drawn towards the mysterious professor and made her way in to his life. Cheon Song-yi’s childhood friend who has an unrequited love for her, Lee Hwi-kyung is also in the picture. Lee Hwi-kyung’s greedy older brother, Lee Jae-kyung framed up Cheon Song-yi for the killing of his model secret girlfriend and nemesis of Cheon Song-yi. In lieu to this, Cheon Song-yi’s career went downward spiral causing her to be depressed, bored but willing to clear up her name. Unbeknownst, Cheon Song-yi’s best friend, Yoo Se-mi is in love with Lee Hwi-kyung and their friendship was tested when Yoo Se-mi decided to go against Cheon Song-yi by getting all her projects. Do Min-joon ended up helping her which made them closer to each other and latter began falling in love with each other. Do Min-joon on the other hand has only 3 months left before he comes back to his home planet. Through the span of 3 months, Cheon Song-yi and Do Min-jook developed a mutual feeling but Do Min-joon was not vocal yet he expressed his love through actions. Finally, Do Min-joon admitted his feelings and his true identity to Cheon Song-yi. They decided to make the most out of his stay on earth until his departure comes. The fact is, Do Min-joon’s body is slowly deteriorating and he can’t use his powers properly and may result to his death thus he cannot stay longer on earth even if he wants to. The time has come, Do Min-joon disappeared. Cheon Song-yi was totally devastated and thought she’s getting crazy. She randomly see or hear Do Min-joon making her more miserable. It turns out that those were actual sightings of Do Min-joon who was on a warm hole recharging himself to make a comeback on earth. Three years has passed, Do Min-joon came back and they live happily ever after. (PS, Do Min-joon occasionally disappears to recharge and comes back  thereafter)

A top Hallyu star who is very blunt and believes that she is every man’s type, until she meets her stoic neighbor, Do Min-joon. She soon develops feelings for him and tries to make him fall for her.

A very cold and distant being, he loved a girl who lived during the Joseon Dynasty for liking him as his true self, an alien. After the girl dies from saving him, he waits to return home. Living a lonely and isolated life for centuries, he one day meets Cheon Song-yi, a girl who, at her young age, looked exactly like the one he cared for 400 years ago and whom he once saved.

Song-yi’s childhood friend who has an unrequited love for her. He believes one day she will love him, but decides to back down for a while, supporting her through thick and thin as a true friend.

Song-yi’s childhood best friend. Underneath her sweet smile, she is actually very envious of Song-yi and has had a crush on Hwi-kyung for a long time. She later becomes famous after Song-yi’s fall from the entertainment industry.
Supporting:

Hwi-kyung’s older brother, the potential heir of S&C Group. The main antagonist of the series, willing to do anything to silence Song-yi for a secret she knows about him.

Song-yi’s younger brother, who first disapproves of her relationship with the neighbour but grows to likes Min-joon because of their shared interest in astronomy.

Min-joon’s lawyer. When he was young, He was saved by Min-joon from a suicide attempt and found out about his identity. He has been a loyal friend of him ever since.

A young and enthusiastic prosecutor looking into the Han Yoo-ra case. He gets to know about Do Min-joon’s real identity.

A detective, who works together with Yoo Seok on the case of Han Yoo-ra. Knows about Do Min-joon’s identity.

What I liked about this Korean series is it’s fun, light but also heart warming theme. Since the story is a fiction, the special effects were decent and almost as good as Hollywood made.
The original sound track were also pleasant and eargasmic.
All the actors channeled their characters well. Jun Ji-Hyun never fail to crack me up with her funny antics. Her character is quite different from My Sassy Girl. 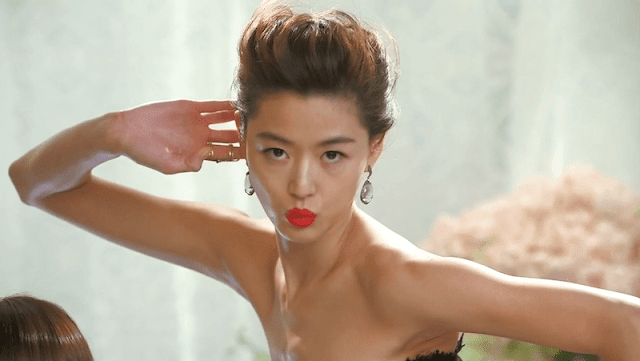 Cheon Song-yi is considerate, loving and knows how to fight for her love. She definitely knows who she wants and did not settle for someone she treats like a brother even if that person showered him with all the love in the world. She patiently waited for his love to come back and only loved him even on his absence. Jun Ji-hyun also showed she’s not only good at making us laugh but can also make us cry. I am always carried away whenever she cry, shouts and act like she will loose herself. 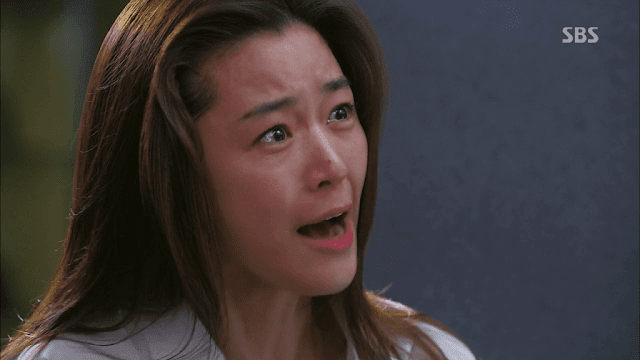 Kim So-hyun was not bad at all. It was my first time to watch him and I find him effective. His character was stiff at first but when his inner Romeo was finally on, he swooned me. His poker face acting is priceless (I wonder if he’s like that in real life). And oh, did I mention that he gave us a peak of his toned body. HAHAHAHA. 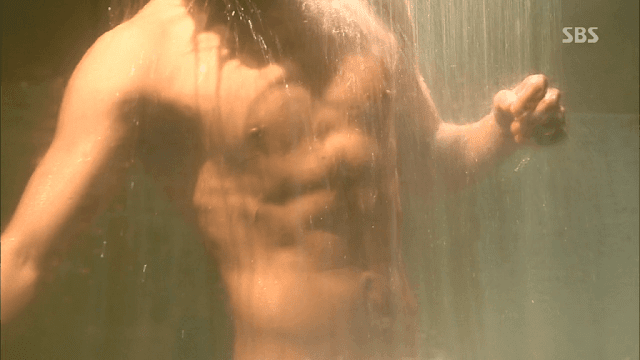 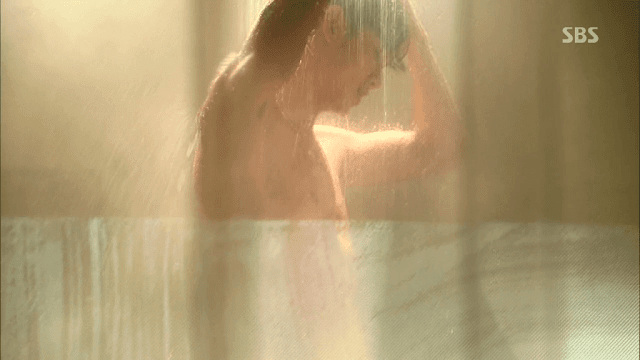 The antagonist Shin Sung-rok, is totally hateful to watch. His sharp eyes and his aura totally made me hate all about him. He nailed being a psychotic-evil brother who will do anything for power. 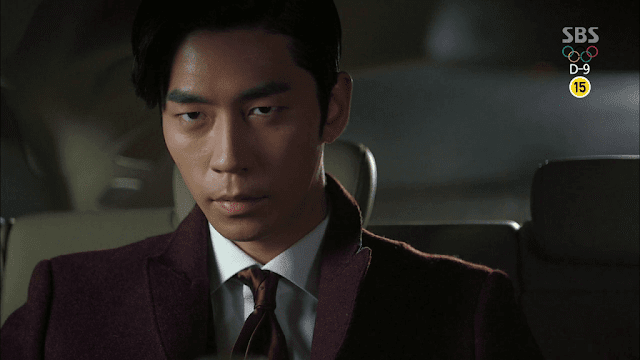 My favorite scene from the series were:
1. When Do Min-joon and Cheon Song-yi spent time fishing and ended up laying down on the snow. It reminded me of a scene from Eternal Sunshine of the spotless Mind. 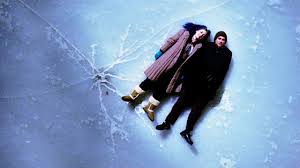 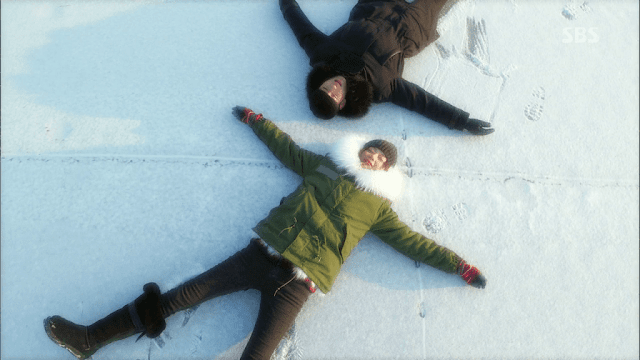 2. When Cheon Song-yi was purposely left behind on the film set and Do Min-joon patiently waited for her. He lit up all the lights, flew Cheon Song-yi towards him then kissed her. 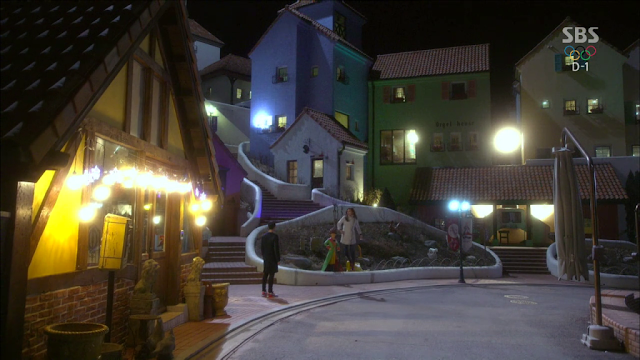 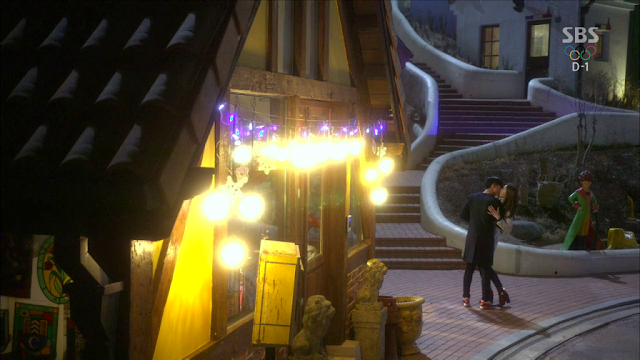 3. When it’s time for Do Min-joon to leave the earth. This scene is devastating. They were both wishing on a wishing star and when Cheon Song-yi open her eyes, Do Min-joon was gone. 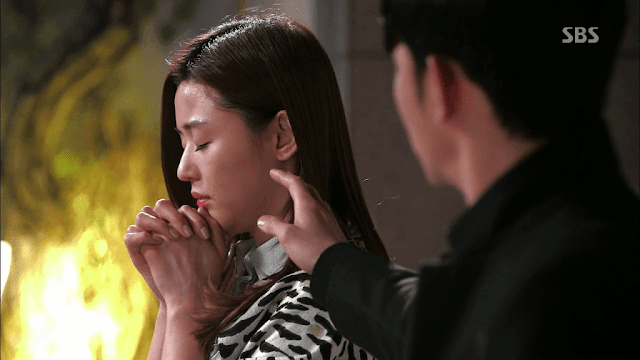 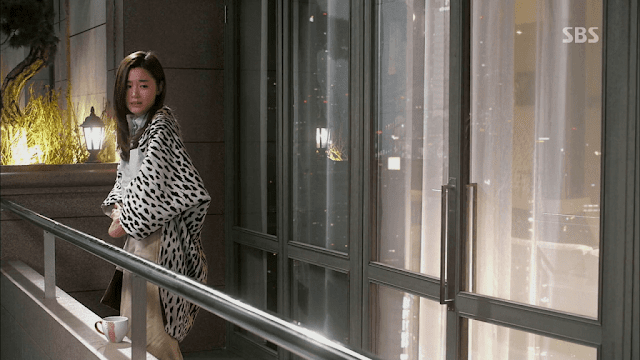 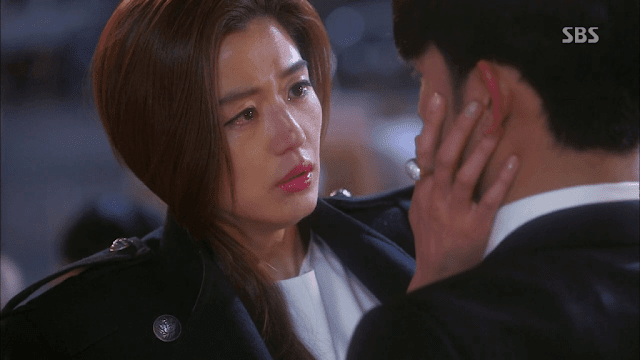 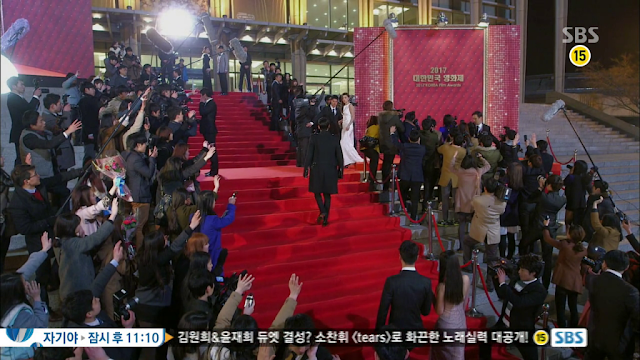 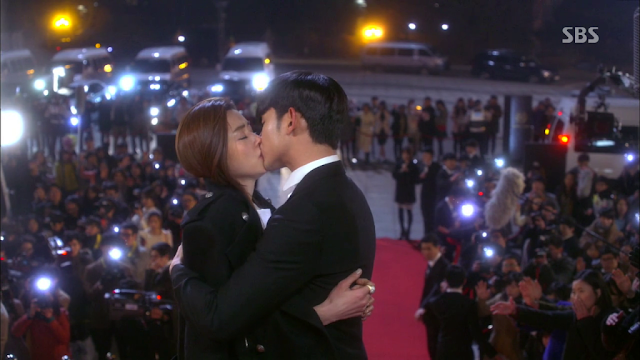 Over all, this Koream drama series is worth watching. If you’re tried of heavy drama and wants a mix of light, fun and romantic drama, I suggest you must watch this. Here is a preview of the story:
Video and images used: CTTO
Make Up Review:Revlon Colorburst Matte BalmJuly 11, 2016
Audiophile: Soldiers of Love(Birthday Special for Reggie and Paul)October 13, 2016 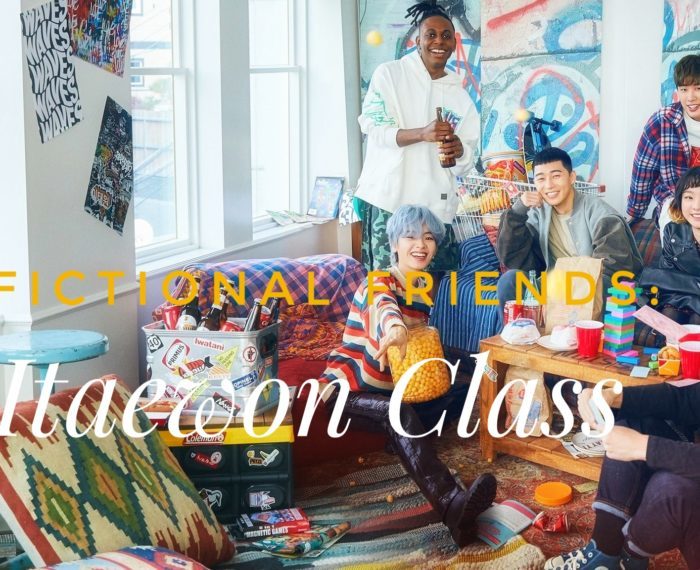