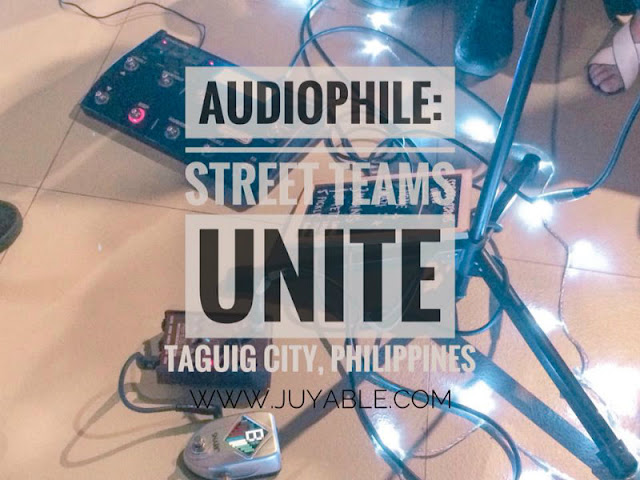 I think I had a hangover from Red Ninja Year-Ender 2017 that I decided to have one more dose of good live music in my system. I decided to watch my favorite local indie girl artists in a “once in a blue moon” event. It’s not a secret that I am a huge fan of Reese Lansangan so when I stumbled upon her page and noticed that the venue of her gig that night is just right across my office, I decided to watch. Unplanned due to spur of the moment, I don’t have my DSLR with me so excuse my low quality iPhone pictures.
Just a quick back track on how I discovered these girls:

Reese Lansangan – It was love at first sound. I was first captivated during December Avenue’s album launch last 2016 and they say the rest was history. I have been her fan ever since. My favorite song of hers as of the moment is entitled For the Fickle.

I watched some of her past gigs as well such as

Clara Benin – Again, because of December Avenue, I discovered another gem. Clara and December Avenue had a collab song entitled Fallin’ and I was like, who’s Clara Benin, she’s one of a kind!

I haven’t had the chance to watch her live and the Street Teams Unite gig will be the first time if ever so I am excited.

Keiko Necesario – I frankly can’t remember how I discovered Keiko it’s either on Spotify or from some random indie artist as well. She has a Norah Jones-ish vibe plus she’s very funny in person. Anyway, my current favorite song from her is Away from the Current.
I first saw her perform live during the Red Ninja Year-Ender 2017 courtesy of Red Ninja Production. Oh boy, she did not disappoint!
Leanne and Naara – I accidentally discovered this awesome duo courtesy of Keiko. They covered Officially Missing You and I was immediately fascinated by the duo.

After looking up their songs on Spotify, I didn’t notice that  I already raped the rewind button, HAHAHA. Both of them have distinct voice, Leanne’s raspy while Naara’s sweet, indeed a perfect combo. My current favorite is Run Run.
Fast forward to Street Teams Unite gig! It was coordinated/arranged by the artists’ respective fan groups aka Street Teams (Reese Lansagan’s Batang Lansangan or Reese Kids, Clara Benin’s Clarafied, Keiko Necesario’s The Crop Tops and Leanne and Naara’s LN Buddies) and was hosted by Frank and Dean. 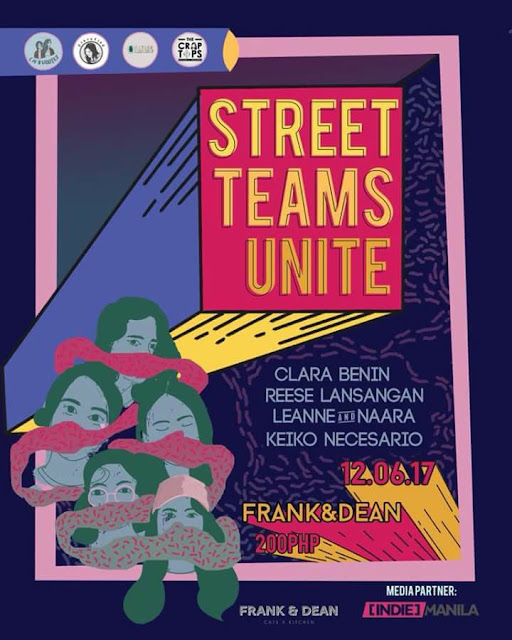 The program started around 8:00PM with an Open Mic program participated by members from the Street Team. I must say that participants were equally talented as well, just like their idols. 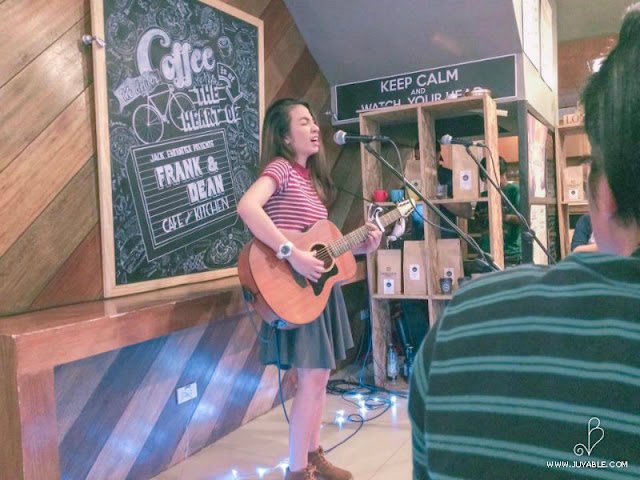 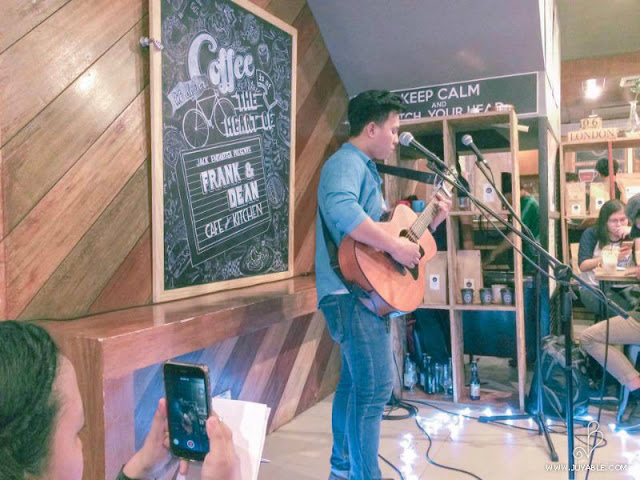 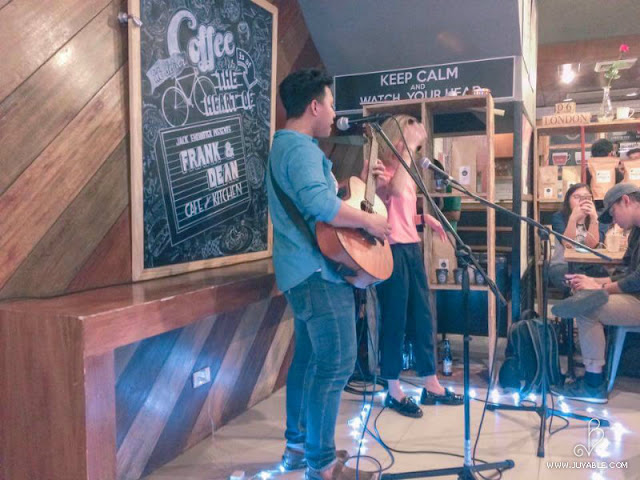 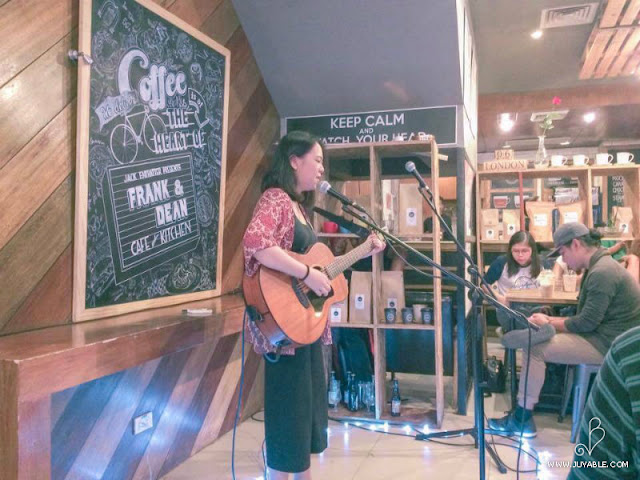 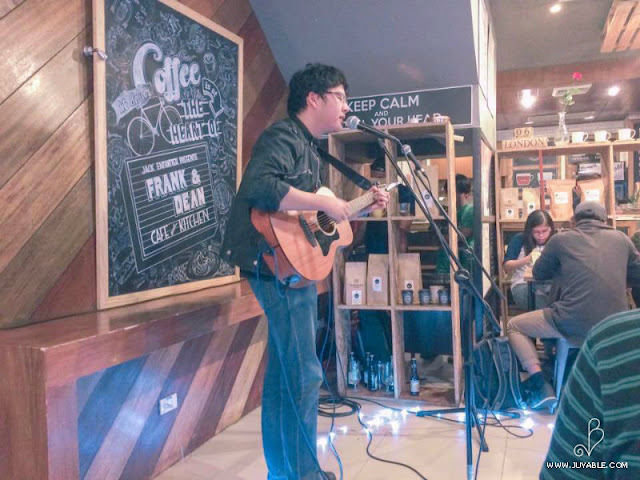 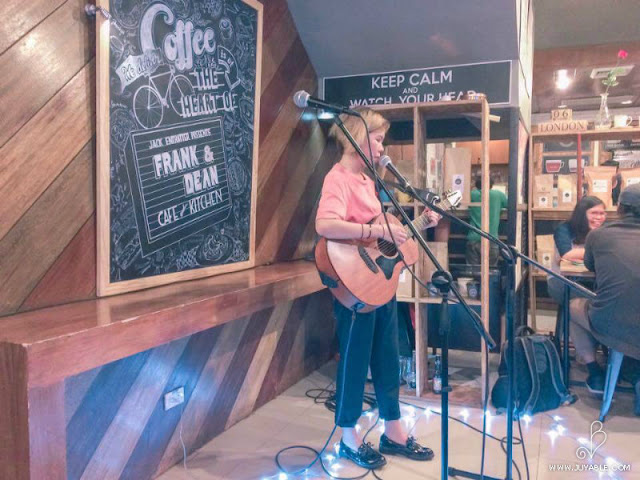 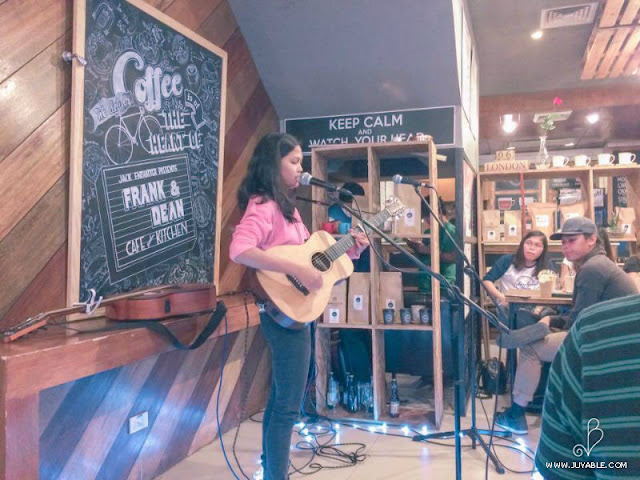 Finally, the moment of truth, the artists’ turn. The first singer that graced her talent was Keiko Necesario. I really enjoyed her set because she makes everyone laugh by her jokes but when she sings, you can feel that she puts her mind and soul into it thus her audience were all in awe. She sang some of her songs such as Away from the Current, Highway and While We Are Young. 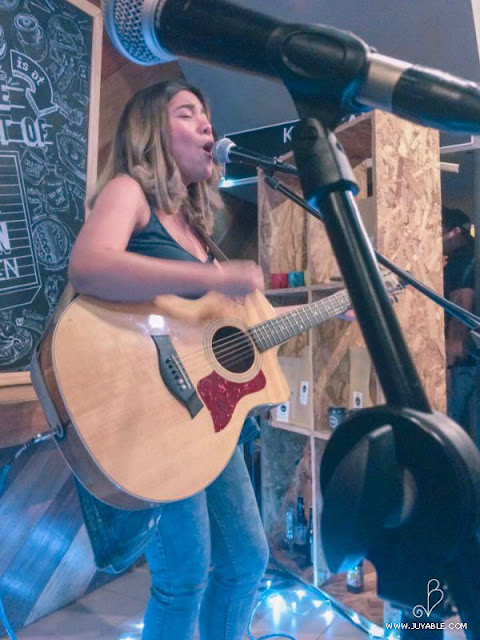 Next was Reese Lansangan. As always, I am astonished by her magical voice. She sang For the Fickle, Bleed and Home. 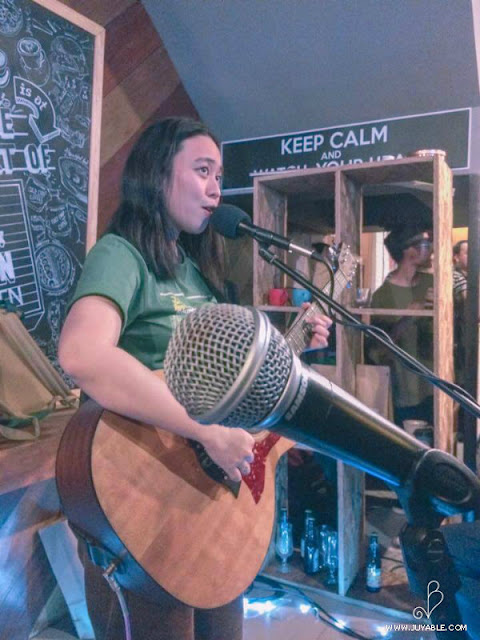 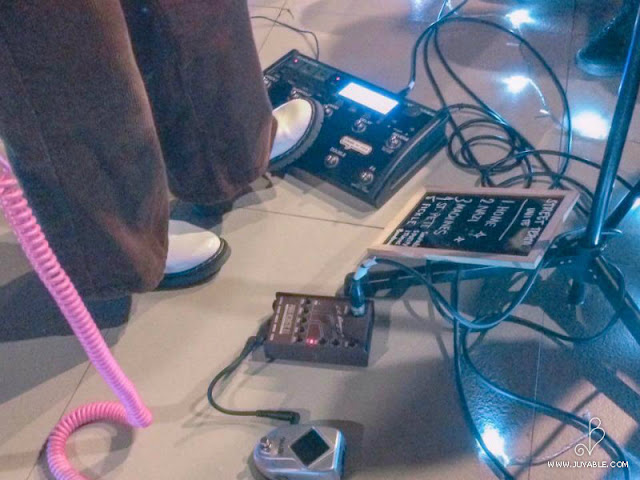 Followed by Leanne and Naara, the dynamic-duo played some of their songs like Run Run, Again and New York and Back. This is the first time I saw them perform live and they were really astonishing. 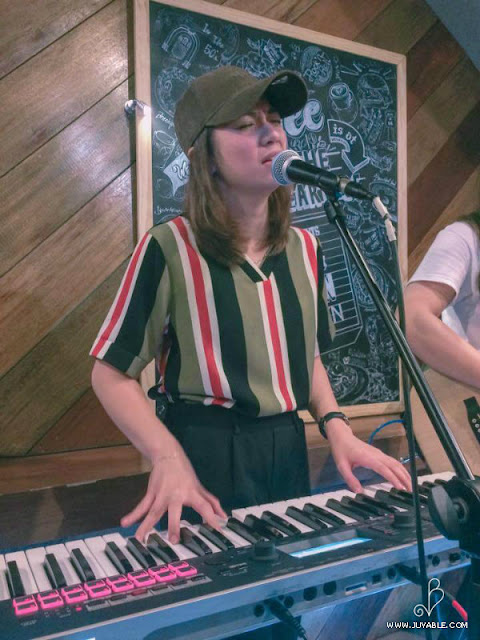 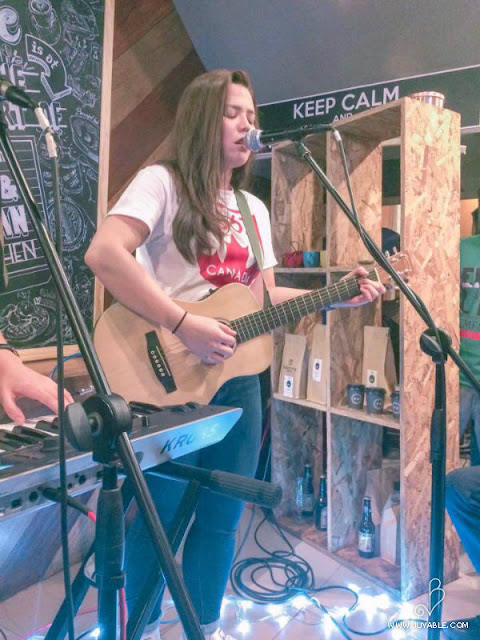 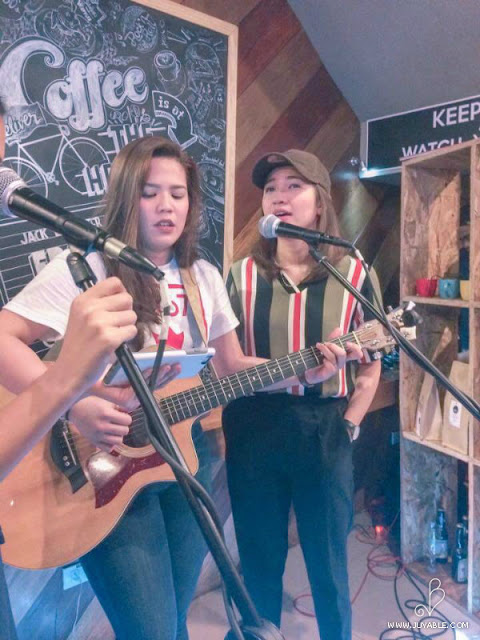 Last but definitely not the least was Clara Benin. She sang her songs like Parallel Universe, Closure and December. 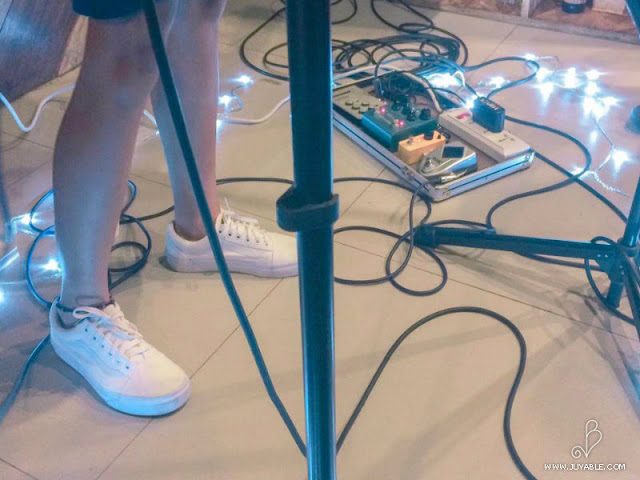 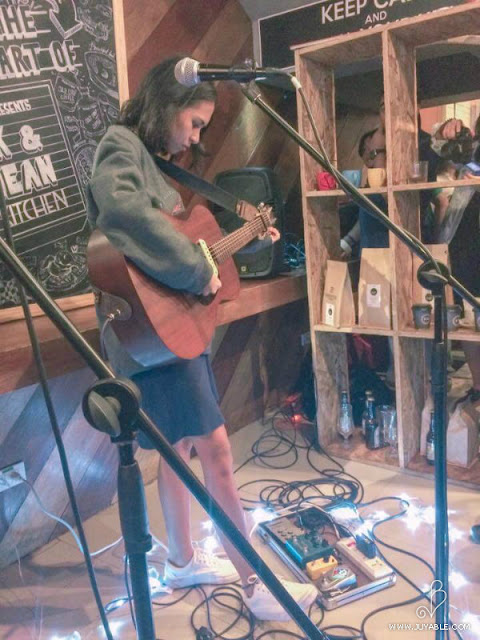 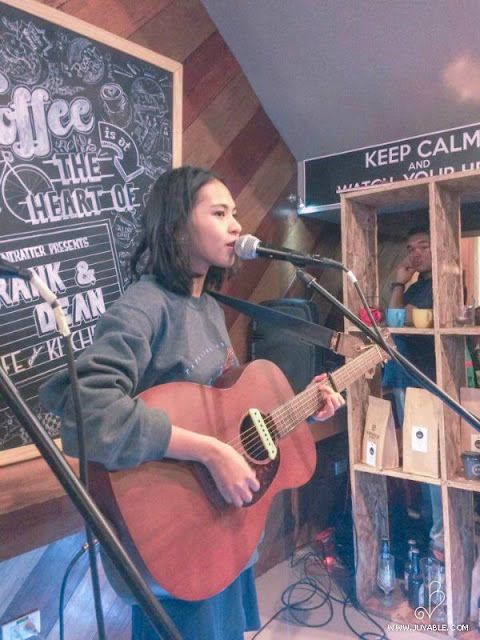 The girls ended the show with some epic collab and sang Christmas songs just in time for the season. 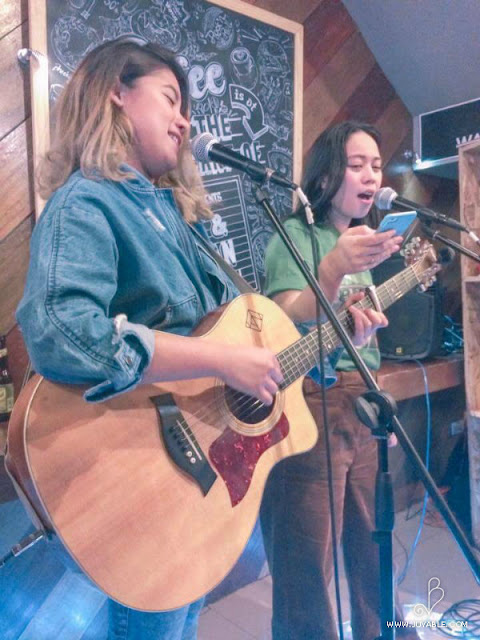 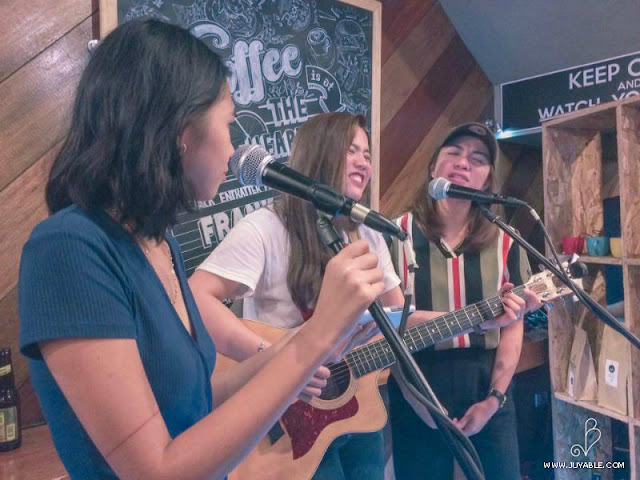 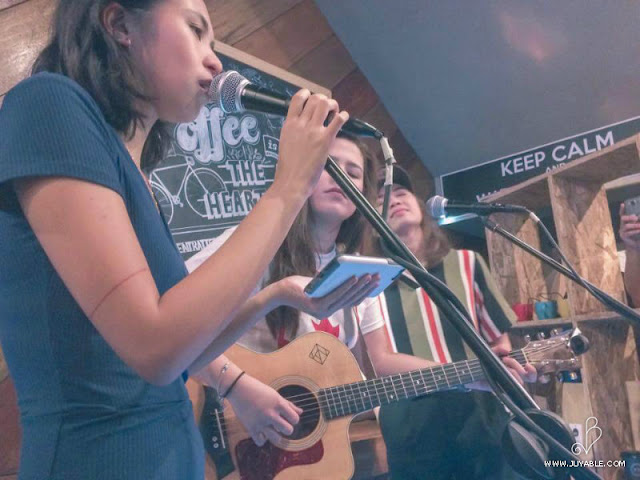 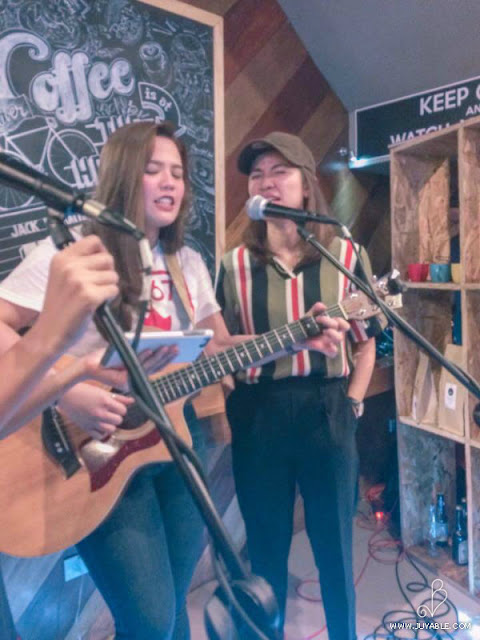 Clara X Leanne & Naara
The Street Teams Unite gig was definitely successful. The number of attendees were more than a hundred, Frank and Dean was full house. My 200 Pesos and 4 hours spent with then was totally worth it. Hopefully, this will not be the last gig for the four of them but just the start. I will surely watch them again in the future.
Audiophile: Red Ninja Year Ender Fest 2017December 3, 2017
As of Late: December 2017December 30, 2017