I am not a fan of Park Seo-joon. The first PSJ K-Drama I’ve watched was “She Was Pretty” and I didn’t like him since then. I have watched a couple of his K-Dramas in the past but this one is different compared to his old characters. The drama itself is very different from the usual K-Dramas. Based on the webtoon of the same name, it aired in Korea from January 31 to March 21, 2020. Thank you Netflix and lockdown, I was able to jump again on the bandwagon and watched it despite my lack of interest of PSJ.

Itaewon Class tells the story of ex-convict Park Sae-ro-yi (Park Seo-joon) whose life has been turned upside down after he gets expelled from school for punching a bully and his father is killed in an accident. Following his father’s steps, he opens his bar-restaurant DanBam (Sweet Night) in Itaewon and, along with his manager and staff, strive towards success and reaching greater heights.

To be honest, I find the storyline boring maybe because I am used to K-Dramas which revolves around the main characters’ love story. I stopped watching after the 3rd episode but I continued to see what the buzz is about.

What I liked about this K-Drama is their diverse characters which represents different people of color, gender and status.

The OST is nice too.

My favorite scene was when Da-mi blocked Nara from kissing PSJ’s character. That was funny af!

Overall, I will give this a 5/10 rating since I was really disconnected from the storyline per se. If you love PSJ, this is definitely a must-watch. 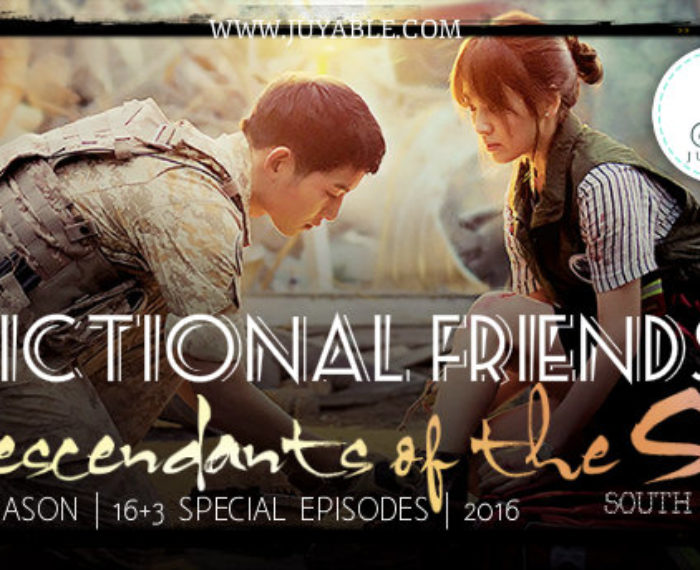 Fictional Friends: Descendants of the Sun